Here are our top choices to begin your reading, or to fill out what you have already read:

This is the sanest and most comprehensive treatment of racial differences that I've read. It puts race into an international context, and debunks and clarifies what we know, what we think we know, and what we cannot know about race. Highly recommended. 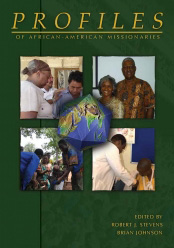 Published in 2012, lives of missionaries from the 1700s to the present are collected into this useful volume. 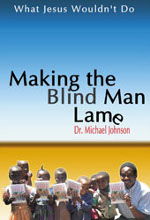 Surgeon Michael Johnson has served many years in Kenya. With honesty, irony and pathos, he describes his call to missions, his attempt to negotiate the call, and his experiences with mission agencies, missionaries and those he serves. Here is a candid, and sometimes humorous chronicle of the cost of following Christ among the economically poor. This 2008 revised edition of his very insightful and provocative book What Jesus Wouldn't Do: Making the Lame Man Blind can be purchased from Amazon by clicking here.

Also, you can read articles from Dr. Johnson here on our website and visit Those Peculiar Johnsons.

This book is an exploration to rediscover the significance of the African American church's role in the Great Commission of Jesus Christ. Traced is the history of the spiritual foundation laid by our pre-20th century forefathers' involvement in global missions. It also explores how we must build upon that foundation today and diligently work to fulfill the mandate of Christ.

The Decline of African American Theology

Chapter by chapter, he traces what he sees as the theological decline of African American theology from one generation to the next, concluding with an unflinching examination of several contemporary figures. Replete with primary texts and illustrations, this book is a gold mine for any reader interested in the history of African American Christianity.